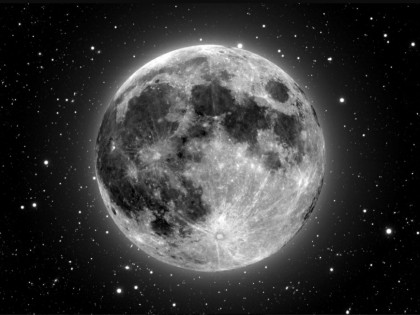 Praise be to Allah,

People who have had experience with such situations have related that the following are among the signs of a person who is possessed by jinn (or Satan):

Strong repulsion when hearing Qur’an or Adhan (call for prayers).

Episodes of losing consciousness and/or epileptic attacks, especially when Qur’an is recited for the possessed person.

The jinn who possesses him might speak when Qur’an is recited for the possessed person.

Madness, as stated in the Qur’an (interpretation of the meaning): “Those who devour usury will not stand except as stands one whom Satan by his touch hath driven to [epileptic] madness…”2:275

As for a person struck by magic he might experience the following:

Dislike of one’s spouse, as indicated in the Qur’an by the following verse (interpretation of the meaning): “And from these (angels) people learn that by which they cause separation between a man and his wife…” (Al-Baqarah, 2:102).

Inability to have sexual intercourse with one’s spouse.

Complete loss of appetite for food.

Thinking or imagining one has done something when in reality one has not.

Sudden obedience and/or love for a particular person.

It should be noted that if a person experiences some of the above symptoms this does not necessarily mean that he is either possessed by a jinn or struck by black magic. It might be due to physiological or psychological reasons.

As for curing this condition the following steps are recommended:

Putting one’s trust in Allah with sincere belief that He is the only cure for everything.

Reading Qur’aan and known supplications expressing seeking refuge, the most important and effective of which is sura 113 and 114, Al-Falaq and Al-Nas, which were used to cure the Prophet himself. Surah 112, Al-Ikhlas, is recommended along with them, as well as the opening chapter of the Qur’an, Al-Fatihah. To cure black magic some have successfully used seven lotus-tree leaves. The leaves should be crushed, then mixed them with water enough for taking a bath. The following verses from the Qur’aan are then recited: verse Al-Kursi (2:255), surah Al-Kafiroon (109), surah 112, 113, 114; the verses which mention magic, which are: in surah Al-Baqarah (2:102), Al-A’raf (7:117-119), Yunus (10:79-82), and Taha (20:65-69). The possessed person drinks some of the water, and the rest is used to give him a bath.

Removing the elements of magic as was done by the Prophet SAW when he was struck by black magic by a Jewish man called Lubaid Ben Al-‘Aasim.

Eating seven Aa’liya Al-Barniy dates (among the dates of Al-Madinah) first thing in the morning; if not possible, any dates will suffice, by the will of Allah.

And we ask Allah to cure you and ease your hardship, as He is the One who cures and there is no one else who can cure. Ameen