Allah says: “Know that the life of this world is but amusement and diversion and adornment and boasting to one another and competition in increase of wealth and children – like the example of a rain whose [resulting] plant growth pleases the tillers; then it dries and you see it turned yellow; then it becomes [scattered] debris. And in the Hereafter is severe punishment and forgiveness from Allāh and approval. And what is the worldly life except for the enjoyment of delusion.” ( Qur’an 57:20) 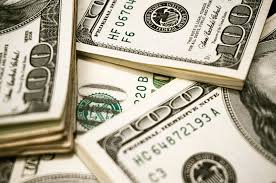 “Too many people spend money they haven’t earned, to buy things they don’t want, to impress people that they don’t like.”

I believe that money can’t buy you happiness. Sure, having a lot of money is a great thing and gets rid of the stress of financial insecurity. But real happiness can’t be bought by money. Thinking about life has led me to think about this popular belief and realise it’s completely true. Although being financially secure is one of the best things in the world, it won’t necessarily bring you happiness. Many people dream of being rich. They think of all the things they can buy with money such as big houses, fancy cars, and long vacations. People make it their goal to get into a good college to get a good job and make a lot of money. With financial security, people think they have more time to spend relaxing and being happy. There are so many success stories of people going from “rags to riches” and people try to follow their footsteps and do the same thing. Basically, we all get this idea that being rich is a great thing and it will guarantee happiness, but is it true? On the flip side, there are also people who have gone from millionaires (karor pati) to living off benefits (road pati).

As Muslims we are taught to rely on Allah SWT for our sustenance, Allah provides. Obviously, tie your camel then trust in Allah. I would like to narrate a passage from a lecture of an Imam from Madinah –  Shaykh Muhammad al-Mukhtar ash-Sinqitee (Allah preserve him): “The happiest of people is the one who addresses his complaints to Allah and not to his creation. The happiest of people is the one who puts his certainty in Allah and does not put his certainty in Zayd or Amr (i.e. people). If a person was in debt and your friend said I will talk to such and such a person he is wealthy. And your debt will be relieved very easily by that person. How certain will you be about your debt being settled and your hardship being removed?

But how about the King of Kings the One who has depositories of the Heavens and the Earth in His hand? How about the Most Generous, which the fullness of His Hand is not affected by the continuous spending, night and day. O Allah! Make our poorness to You, and our richness in You. Be rich in Allah, have trust in Allah. People turning away from you is indeed a blessing from Allah, He wants you to turn to Him.”

Abu Huraira (Allah be pleased with him) reported Allah’s Messenger (ﷺ) as saying:

“Many a people with dishevelled hair are driven away from the door (but they are so pious) that if they are to swear in the name of Allah, He would definitely fulfil that.” (Saheeh Muslim)

The happiest of people are the one who says, “Ya Rabb!” – and Allah answers his supplications. By Allah! Happiness is not in wealth; if it was in wealth, the happiest of the people would have been Qaroon, but he was amongst the most unfortunate and miserable of people, “And we caused the earth to swallow him and his home.” (28:81)

Wealth is not happiness and happiness is not when you ask people and they give you. True happiness is when Allah will open the doors of heaven for you, Allah make us from them. Ameen!

It was narrated from Abū Hurayrah (raḍiy Allāhu ʿanhu) that the Messenger of Allāh (sall Allāhu ʿalayhi wa sallam) used to tie a stone to his stomach because of hunger. (Ibnul Arabi in Mu’jam)

Money only makes a person want more money – it creates greed and thrives off the desire for more and more. I heard someone recently say regarding another person who has a fulfilling business that ‘he’s lazy and not enthusiastic’ simply because he has shown a level of contentment within his business and refuses to advance it further.

Why? Because, unlike many many others, by Allah, he has resisted that monetary lust and has sukoon/peace in the amount he has. And why was he called lazy? Because unfortunately, today, many people think that the successful and admirable one is he who is able to keep the revenue rolling constantly until there is more money than one will EVER need.

“The world is sweet and green (alluring) and verily Allāh is going to install you as vicegerent in it in order to see how you act. So avoid the allurement of women: verily, the first trial for the people of Isrā’īl was caused by women. (And in the ḥadīth transmitted on the authority of Ibn Bashshar the words are:) so that He should see how you act.” (Saheeh Muslim)

The feeling of constantly wanting to generate money has terrible, subconscious effects on oneself. The person is in a constant trance-like mode whereby he is forever thinking about the next project that will bring him a profit and in this there is no barakah/blessings in his day for any extra Qur’an, adhkar and Islamic progression. Many so-called religious folks try justifying their love for wealth and materialism by stating companions such as Uthman Ghani (Allah be pleased with him) and AbdulRehman ibn Awf (Allah be pleased with him) who were wealthy… Dear brothers and sisters, with the wealth of Uthman (Allah be pleased with him) must come the Taqwa of Uthman as well! Scholars have also got sucked into materialism and consumerism, please see this article on scholars charging for Da’wah.

“What have I to gain in this world? The like of this world is as that of a traveller who is travelling in the sun and he sits under a tree momentarily and then gets up and continues on.” (Tirmidhi)

For example, In “The High Price Of Materialism” Tim Kasser says, No matter how many fancy designer clothes, cars, or jewels they might obtain, no matter how big their house or how up-to-date their electronic equipment, the lost opportunity to engage in pleasurable activities and enjoy each others’ companionship will work against need satisfaction, and thus against their happiness.

Happiness is the most valuable aim of a human being. While the earth is getting complicated and changing day by day, almost all people are trying to have a happy and fulfilling life. During this pursuit of happiness, our relationships play a crucial role. In the pace of life, when we have encountered some stressful or disappointing situation or cases, in order to take a breath we always consult our families and fly into our family’s arms. If we have our own families and their real support, it is the most reliable way to reach happiness and relief. But sometimes people can be in a dilemma between possessions and relationships. This is the point of collapsing real happiness because when the passion of money comes to a person, he starts to abandon his family. He thinks as if money will bring them happiness and a good life. But it won’t. As Tim Kasser says in the article of Mixed Messages “a focus on materialistic values detracts from well-being and happiness. For example, when spouses spend most of their time working to make money, they neglect opportunities to be with each other and do what most interests them.” And again in Downshifting in Britain

As you can see in these sentences as long as people don’t allocate enough time for their families, there is no way to make them happy. 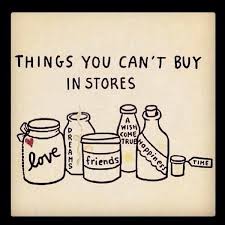 “Difficulties in managing work-life balance can have a detrimental impact on the quality of the relationships between parents and children and the parent’s responsiveness to the child, with implications for child outcomes. This is particularly important for every young child, with evidence suggesting that it is best for children if they can receive intensive parental contact for the first months (HM Treasury & DTI 2003, p 13-14).”

The word ‘happy’ is defined by the Oxford dictionary as: “Feeling or showing pleasure or contentment,” however happiness means different things to each individual person. Most people’s definition of happiness would include words along the lines of ‘love’ and ‘health’, and others may include ‘family’ ‘friends’ ‘belief’ ‘achievement’ these are all things that money does not give you. The truly happy people I’ve known have been those who were engaged in meaningful work, paid or unpaid. These people were so busy living their lives in pursuit of something larger than themselves that they had no time to wonder, “Am I happy?” They just were.

The other most important step to reach happiness is our satisfaction. Because actually, the money doesn’t make us happy, it can help us just by providing some satisfaction. When we lost our satisfaction, it means we lost our happiness and this is exactly what our possessions do. Lots of people in consumer countries and societies think that they always need more money than they have now, even if they are wealthy and rich people. In the book of Clive Hamilton, this situation is stated with this sentence: “The trouble with the rat race is, even if you win, you are still a rat.” Because of the society that they belong to, they are convinced that more money means always more happiness. So without exception, all people are trying to have more possessions to be satisfied by being able to buy what they need.

In conclusion, I believe that money provides temporary satisfaction but that is up to you to figure out how to truly be happy. You need to start with basics like enough money for food and shelter, but if you try to build on your fortune then you must keep your priorities right; friends and family first. If you lose your money, then who will be there for you to catch you when you fall from that high horse that you have been riding for so long? Your friends and family. My definition of happiness would be living a healthy life surrounded by my family and friends, yes I would need money for food and shelter but after that, how much do I really need?

Anas bin Mālik (Allah be pleased with him) narrated that the Messenger of Allāh (sall Allāhu ʿalayhi wa sallam) said: 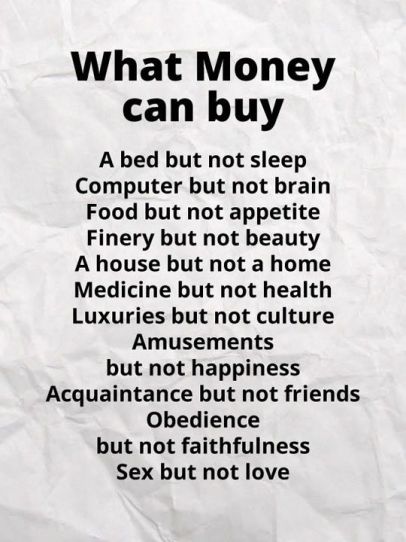 Ismail Ibn Nazir Satia (One who is in dire need of Allah’s forgiveness, mercy and pleasure)

One thought on “In Pursuit of Happiness…”