IsmailSatia in Miscellaneous, Personalities March 12, 2018July 26, 2018 1,146 Words
بسم الله الرحمن الرحيم
“O you who believe, fear Allah and give up what remains of your demand for riba (interest), if you are indeed believers. If you do it not, take notice of war from Allah and His Messenger.” (Qur’an 2:278-279)
Today, we have alsorts of insurance, car insurance, holiday insurance, life insurance, death insurance and even PET insurance. We have so much fear of everything. Remember, whoever fears anything besides Allah, Allah will disgrace him and humiliate him. 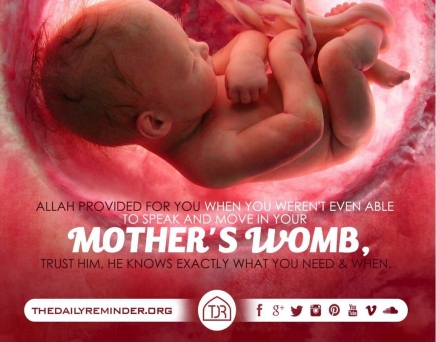 Who looked after you in your mother’s womb?
Who fed you for 9 months?
When you were born, you drank breast milk, where was the insurance?
Have we lost trust in Allah SWT?
We fear everything besides Allah SWT.
Majority of Muslims buy houses with interest (Ribaa). Then you question the same Allah (that you disobey) “why is there no Barakah in my life?”
Remember brothers and sister, your family will fight for this same house once you are dead! We need true reliance (on Allah), NOT insurance.
Shaykh Muhammad Hoblous, Australia

Isn’t it strange how a Muslim will strictly stay away from eating pork because it is haram, yet the same person has no problem devouring riba (otherwise known as usury or interest)?
“…but whoever returns (to dealing in Riba), such are the dwellers of the Fire- they will abide therein”. (Surah Baqarah, verse 275).

Riba means an increase in a particular item. The word is derived from a root meaning increase or growth. Allah, may He be exalted, says (interpretation of the meaning): “Whatever you pay as interest so that it may increase (li yarbu) the wealth of people does not increase (fa la yarbu) in the sight of Allah” [al-Room 30:39]., i.e., it does not increase or rise in status before Allah.

Islam also forbade another kind of riba, namely riba al-fadl, which means adding to the amount when exchanging one item for another of the same type. So if gold is sold for gold, that is not permissible except like for like, hand to hand. Islam stipulated that the exchange should be done hand to hand and that the items or goods should be of the same quality. Whoever gives more or asks for more has engaged in riba. If he sells a saa‘ of wheat for two saa‘s (of the same commodity), even if it is hand to hand, he has engaged in riba.

Jabir (Allah be pleased with him) narrated, “The Messenger of Allah (peace and blessings be upon him) cursed the one who consumes Riba, the one who pays for it, the one who writes it down and the two who witness it.” He (peace and blessings be upon him): “they are all the same.”
“Those who consume interest cannot stand [on the Day of Resurrection] except as one stands who is being beaten by Satan into insanity. That is because they say, “Trade is [just] like interest.” But Allah has permitted trade and has forbidden interest. So whoever has received an admonition from his Lord and desists may have what is past, and his affair rests with Allah . But whoever returns to [dealing in interest or usury] – those are the companions of the Fire; they will abide eternally therein.” (Surah Baqarah, verse 275)
1)   All kinds of commercial insurance are clearly and undoubtedly ribaa (interest/usury). Insurance is the sale of money for money, of a greater or lesser amount, with a delay in one of the payments. It involves riba al-fadl (interest-based transaction) and riba al-nas’ (interest to be charged if payment is delayed beyond the due date), because the insurance companies take people’s money and promise to pay them more or less money when a specific accident against which insurance has been taken out happens. This is riba, and riba is forbidden in the Qur’aan, in many ayaat.

2) All kinds of commercial insurance are based on nothing but gambling which is haraam according to the Qur’an:

“O you who believe! Intoxicants (all kinds of alcoholic drinks), and gambling, and Al-Ansaab (stone altars for sacrifice to idols etc.) and Al-Azlaam (arrows for seeking luck or decision) are an abomination of Shaytaan’s (Satan’s) handiwork. So avoid (strictly all) that (abomination) in order that you may be successful” (al-Ma’idah 5:90 – interpretation of the meaning).

All kinds of insurance are kinds of playing with chances. They tell you, Pay this much money, then if this happens to you we will give you this much. This is pure gambling. Insisting on differentiating between insurance and gambling is pure stubbornness that is unacceptable to any sound mind. The insurance companies themselves admit that insurance is gambling.

3) All kinds of insurance are forms of uncertainty, and transactions which involve uncertainty are forbidden according to many saheeh ahaadeeth, such as the hadeeth narrated by Abu Hurayrah (may Allah be pleased with him):

“The Messenger of Allaah (peace and blessings of Allaah be upon him) forbade transactions determined by throwing a stone and transactions which involved some uncertainty.” (Narrated by Muslim).

[“Transactions determined by throwing a stone” – this was a type of transaction that was prevalent in the markets of pre-Islamic Arabia, whereby a stone was thrown by either the buyer or the seller, and whatever it touched, its transaction became binding. “Transactions which involved some uncertainty” – is a transaction in which there is no guarantee that the seller can deliver the goods for which he receives payment. Footnotes from the translation of Saheeh Muslim. (Translator)].

All forms of commercial insurance are based on uncertainty of the most extreme kind. Insurance companies and those who sell insurance refuse to insure cases except where there is clear uncertainty in whether or not the condition being insured against will happen or not.  In other words, the condition being insured against must have a possibility of happening or not happening (as opposed to, for example, someone who has a pre-existing condition, such as a person who is on death row applying for life insurance–translator.) Moreover, this transaction involves something uncertain, which is when an accident will happen and the extent of the damage caused. Hence insurance combines three kinds of extreme uncertainty.

IsmailSatia I'm for the truth no matter who tells it. I'm for justice no matter who it is for or against. I'm a human being first and foremost and for whoever benefits humanity...
Published March 12, 2018July 26, 2018