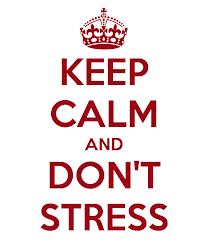 Stress is often, not always, the result of overburdening a system so that it cannot function normally. In extreme cases a person under stress is unable to rest or sleep, even when they know that rest and sleep are what they urgently need. In such cases, the system cracks; the person breaks down, the body collapses, unable to obey the commands of the person’s will. The person becomes like a car with no fuel – it just cannot be made to go.

The modern economy which dominates our lives promises to deliver– through gadgets, machines and advanced techniques of management of human labour– lots of surplus wealth and surplus time, so that people can enrich, relax and enjoy themselves. The reality, as we all know in our everyday lives, is far removed from that. The vast majority of people struggle to pay their bills, which are large and many; many carry huge, permanent debts; they are stressed going to and from work, and stressed in work. They hardly find time and energy to build proper relationships with other persons, even in their own family. The modern economy also produces massive quantities of information and amusements so that, in the evenings and at weekends, exhausted individuals collapse, sometimes literally, in front of a television or other such gadget. In this way, they have the illusion of resting and relaxing. In fact, they are just switched off from themselves – they are suffering the consequences of extreme stress to their system but are just not aware of the fact.

The deep cause and effect of stress in modern times is not the amount of work we have to do or the amount of money we have to earn. Rather, it is the fact that the economic system distances us from ourselves and others. We are out of touch with ourselves and with each other. We live on the surface of ourselves, ignorant of our own possibilities. One of the symptoms of this is that the generations within families do not resemble each other in their habits and tastes, because they spend more time with images of people and things on the television than they do with each other. That is the reality of modern urban life, and it is so in all parts of the modern world, the rich part and the poor part. It is true that the poor can afford fewer gadgets and fewer distractions so they spend more time with themselves and with each other. It is also true that this is rarely from conscious choice – the poor are simply waiting their turn, hoping for a chance to live as people do in the rich parts of the world.

God says He created human beings and that He honoured them above all other of His creatures. He willed for us to live contemplatively as well as actively; to reflect on who we are and how we are, on what we do and how we do it. He willed for us to strive for understanding of the purpose of our being alive, and to be aware of Him and to respect His gift of life and freedom of will by serving one another and serving Him. Very little of that is possible in the modern economic system because it rejects the habits of contemplation that are only nurtured through religious consciousness and religious exercise. As I will explain to you in some detail, from the teaching and practice of the Prophet (pbuh), and the good counsel and good example of our pious ancestors, the cure for stress lies in stepping back from the demands and pressures of worldly routines into the relief and quiet of prayer, both salah and du`a. This relief allows our system to recuperate, to refresh and reset itself. If we do the prayer properly – by careful attention to personal cleanliness, gentleness in gesture and movement, by measured speech, by a gracious and respectful attitude to the place of prayer, and to others who may be present – if we do the prayer properly, it settles beauty and grace in our bodies and our behaviour, and in our hearts it settles a deep silence. That silence is the echo of God’s mercy, His rahmah. All together, that beauty and grace and silence, give us the strength we need to cope with the stresses of worldly life.

Stress is not in and of itself a bad thing. Our bodies and minds are adapted to cope with unusual and extraordinary demands being placed on our system. We can survive crises; we are even strengthened by them, in the same way as intense exercise strengthens muscles. But we cannot live permanently in a state of crisis. Unfortunately, the modern economic system requires just that– a permanent state of alternating between extreme stress and collapse into mind-numbing, passive distractions. That is all the more reason to resort to the discipline and cure of prayer and the religious life. This is a cure God has prescribed for us, explicitly and repeatedly in the Qur’an. Salah is paired in the Qur’an with zakah and sadaqah. Just as wudu’ frees our bodies of the dust and dirt of our worldly routines, so zakah and sadaqah rid our hearts and minds of the stickiness of wealth, the greasiness of money and being obsessed by the need for it. This too is way of stepping back from the routines and priorities of modern life, and, in terms of relieving stress, it is profoundly beneficial. By recognising and relieving the need of others we triumph over our own.

Even more than stress, anger can be a good thing. Indeed, not to feel anger when faced with the injustices suffered by others is most probably a sin. We do and we should feel anger when we see wrongdoing – it is a necessary part of being averse to wrongdoing. But that anger itself becomes a wrongdoing if it is indulged instead of disciplined. The issue then is how to achieve that discipline.

Generally, the immediate cause of anger is frustration of our will. We want something, or we want someone to do something, we do not get what we want, someone does not do what we want, and we get angry. If the source of what we say or do next is that anger, the likelihood is that what we say or do will be wrong and lead to further wrong. The sudden access of emotion that constitutes such anger must be calmed. I will go through some of things that the Prophet recommended to achieve that calming – if you are standing, sit down, if sitting, stand up; move away from the scene; do wudu’; and so on. The common element in this advice is to distract yourself so that you do not speak or act from inside your anger. Once you have separated yourself from the sudden access of emotion, you can begin to examine the reasons for it. You can begin to assess your need for that thing you wanted which you did not get: is the need real, is the desire real, and if the need or desire are not satisfied straightaway does it really matter? do you have any right to demand or expect that someone should do what you want; do you have some responsibility for them; are you sure they really knew or understood what you wanted; is what you wanted good for them or only for you? This effort to question the emotion of anger disciplines it, converts a self-centred frustration into a concern to say and do the right thing.

Sometimes we are angry if we are not valued by someone – if they abuse us instead of giving us respect, or if they insult someone or something that we treasure. If we can question the emotion of anger we feel in such situations, we may be able to practise the behaviour commended in the Qur’an – to say ‘Salam!’ and part from the abusers, without returning their abuse. In this way, we respond to wrongdoing with good-doing – we keep our self-respect; we affirm the value of the persons or things we treasure; at the same time, we make it quite clear that we disapprove their speech or deeds because we take no part in them. This is a comprehensive victory over anger; it has in it some slight fragrance of the majesty of God Himself, who gives wrongdoers respite in this world, the possibility to reflect and amend; He does not punish them there and then because He has no need for that.

That is a high ideal, not easily attained unless we have dedicated ourselves to a life of duty, not a life of desire. Again, unfortunately, the modern economic system is oriented to individual and personal desire, not public duty. We are encouraged to do the right thing insofar as that serves as the means of satisfying our desires; if we could achieve that end by doing the wrong thing, there is no social inhibition to prevent that. So, for example, we find people happily doing their jobs badly, so long as they get paid; or they do only what the terms of their contract of employment require, they “follow procedure”– they take no responsibility for any of the consequences for others of what they do, or for what those “procedures” lead to in the long term. The habit of taking moral responsibility for oneself, one’s actions and one’s life-style, and the willingness to face and suffer hardship in discharging that responsibility, still exist in this society, but mainly as a rhetorical legacy from the past. In practice for the most part, the dominant economic system counters those values and expels them from the public sphere. Since God has not created human beings to live without responsibility, without commitment to the importance of their lives, this leads to a frustration, disappointment and anger of a kind different from what I have been describing. This is anger without an object; this is anger because our human lives are deprived of their point, their meaningfulness. It is a near-constant emotion in the background of our consciousness and a major contributor to stress. It is like working in an unhealthy environment – a workplace polluted with loud noise or foul smells: we are hardly aware of it, except when we come out of it, and then we realise we are suffering severe headache or other symptoms of sickness.

From this shapeless, objectless anger also, the only relief is in following the Prophet’s advice – to change your position, to move away. In this case, however, for most of us most of the time, the only hijrah available to us is prayer and religious reflection, and reliance on the mercy of God to enable us to do the right things for the right reasons, to do our jobs well, even if there is no payment for that: doing the right thing for the reason that it is right is an essential part of the dignity of being human; we have a profound and permanent need for this dignity.

If our prayer is ennobled by the grace of ihsan, if we strive though our speech and actions to make the moment beautiful, if our reliance on God’s mercy is true and actual, we will be provided with hope. Hope is the fuel that enables us to keep our system going, and not to collapse from stress and anger into a wasteful passivity, or some worse sin.